The Uspace4UAM consortium – which includes Dronehub – was selected to demonstrate Urban Air Technologies in 4 European countries to enable the safe integration of Urban Air Mobility in the European airspace. The project is supported by the SESAR Joint Undertaking, which coordinates and concentrates all EU research and development activities in Air Traffic Management.

The project will study safety cases and their impact on system requirements and look at how regulation and standardization can be set up to support innovators to build a sustainable business case while operating safely in a multi-modal transport network. The project aims to show the technologies of autonomous drones that can be used in cities to improve safety and help security services in managing emergencies.

“We, as a Dronehub, are an essential part of a very important project under the SESAR Joint Undertaking auspices. The results of our research and the conclusions of the project will translate into the real shape of the UAV reality in the cities of the European Union, Europe, and, consequently, the whole world” – says Vadym Melnyk, Dronehub founder and CEO.

“So we feel a great responsibility, but also an honor that we are in a small group of top European air companies that have a real impact on operational concepts, regulations, and standards of global Urban Air Mobility” – adds Melnyk.

“Urban Air Mobility is going to be a critical part of our long-term roadmap to reduce the rising pressure on our transport infrastructure and to build transport capacity in the third dimension – the sky. It will also be more environmentally friendly and help to further reduce travel times and congestion” – says Cengiz Ari from SESAR JU.

A series of well-defined, iterative and multi-national demonstrations, both with drones and UAM vehicles will be conducted. They will cover different use cases, including mixed operations, to allow the project to derive critical enablers for a wide set of UAM service applications that can be applied all over Europe.

We are happy to announce that one of the cities selected for demonstrations is Rzeszów – a 200k city in South-East Poland that Dronehub is closely linked to.

The role of Dronehub in the project is to perform approx. 160 flights with drones in the city of Rzeszów in the 3 use-cases:

The first flights are planned for September 2021 and the last for October 2022.

This project is set to deliver results that are of real interest to “early movers”, enabling them to bring a real market impact in the next few years. In order to prove that this will be achieved and that indeed the project has laid a bridge between development and deployment, the project is set to deliver a number of commercial contracts for the provision of fully automated drone services, and present solutions to identified gaps towards fully autonomous Urban Air Taxi services.

The project is receiving funding from the SESAR Joint Undertaking under the EU Horizon 2020 research and innovation program. 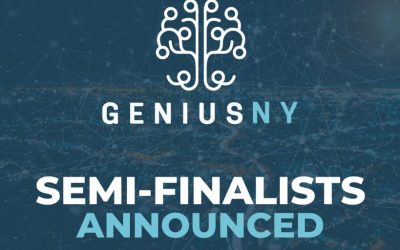